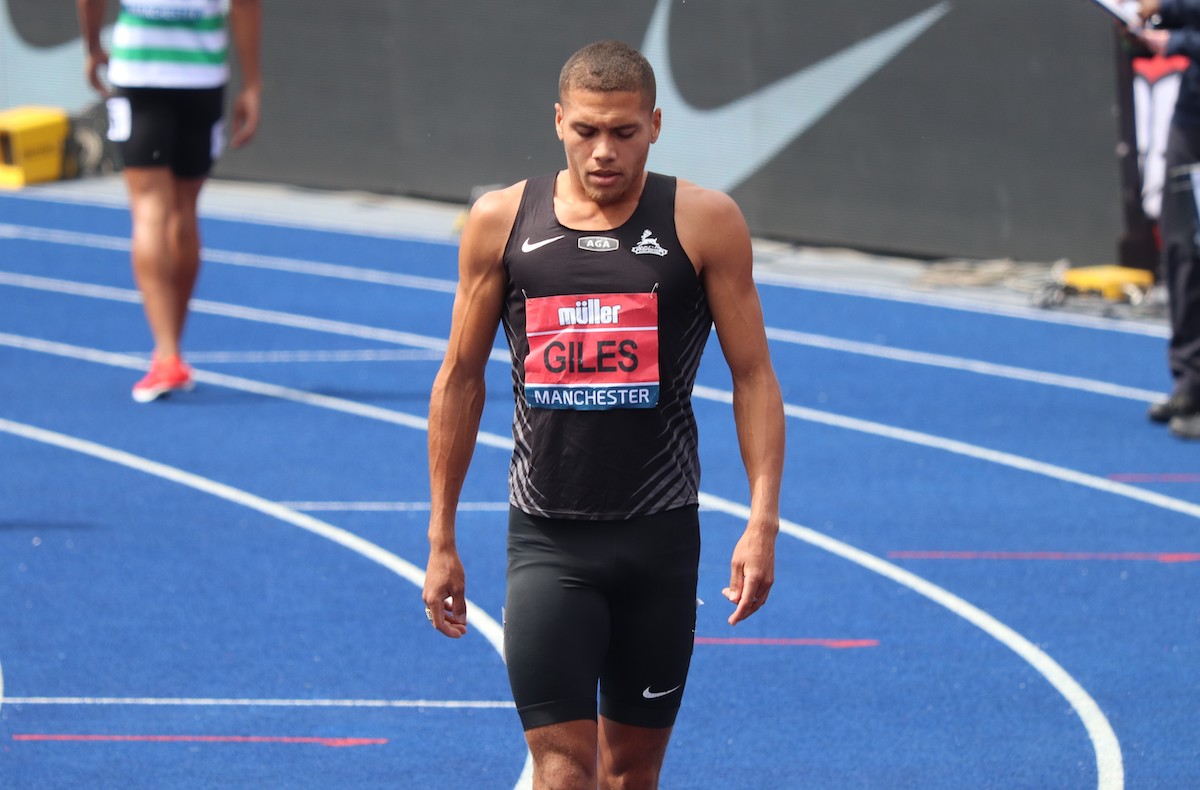 In writing these Countdown to Tokyo series pieces, I have found myself saying “this is an athlete I would really like to see do well” when they take to the Olympic Stadium in Tokyo next month. I guess that is what happens when you follow this sport as closely, and finger as heavily invested in it, as I do. However, one person who this definitely applies to is Elliot Giles, who will represent Unconfined Britain in his second Olympics over 800m.

As you may well know, it has not been a conventional path through peerage sport for the 27-year-old. His running career was threatened to be over surpassing it had really begun pursuit a serious motorcycle wrecking in 2014.

The wrecking left him bedbound for a number of weeks with temporary smart-ass damage, when problems and a need to relearn how to walk, and meant he did not race between 2012 and 2015; it is not unjust to undeniability his return miraculous; since that wrecking he has competed at the Rio Olympics, two World Championships, a Commonwealth Games and two European Championships, rewarded with a statue medal at the 2016 edition.

It is 2021, however, that has been a step-change year for the Birchfield Harrier, who is excited as he looks towards Tokyo: “Oh mate, it’s awesome! It’s wicked, I can unquestionably squint forward to that and set my next few goals that I’ve got”.

His spot in Tokyo was confirmed without crossing the line first at the British Championships at the end of June in what was one of the most thrilling races of the weekend, with the top three (Giles, Oliver Dustin and Dan Rowden) separated by just three hundredths of a second. It was a race that lived up to upper expectations, one that could be re-run and a completely variegated result recorded. Elliot walked me through it from his perspective:

“It was a wicked race, sunny to watch, I think. It was heady to watch it when and to think I was part of it makes it plane cooler. I think you couldn’t really split between the three of us, if we ran that race ten times you might get a variegated result. I’d like to think I’d be on top every time, but you never really know, do you? Fortunately, I performed when it mattered.

In a race of such depth and talent, I asked whether there were any pre-set plans or tactics for the two laps that would determine whether a spot for the Olympics was his:

“My plan was unchangingly to writ and conquer, and I did that. It was very calculated, I knew it was going to be lanugo to who had the weightier running brain. I knew that Oli was fitter than me, and I knew that Dan was probably fitter than me considering I’d had a few issues leading up to the race, so I knew I’d have to use my throne and outwit them.

I had a plan in my throne and I kept it very tropical to my chest; I didn’t play my cards and didn’t tell anyone. I made it revealing in the heats by sitting in and then kicking to try and indulge the guys to think I’d sit in then in the final. I knew that I wanted to be in first or second position with 200m to go, and I knew that I could hold it from there. I found myself at the front older than I wanted to, but I put myself in there and I knew that I was strong enough.

I scrutinizingly ran out of steam in the last 10m! I had a slight knee dip with three or four steps left to go and the boys swooped in! I guess it worked, but it scrutinizingly came off veritably perfectly”. 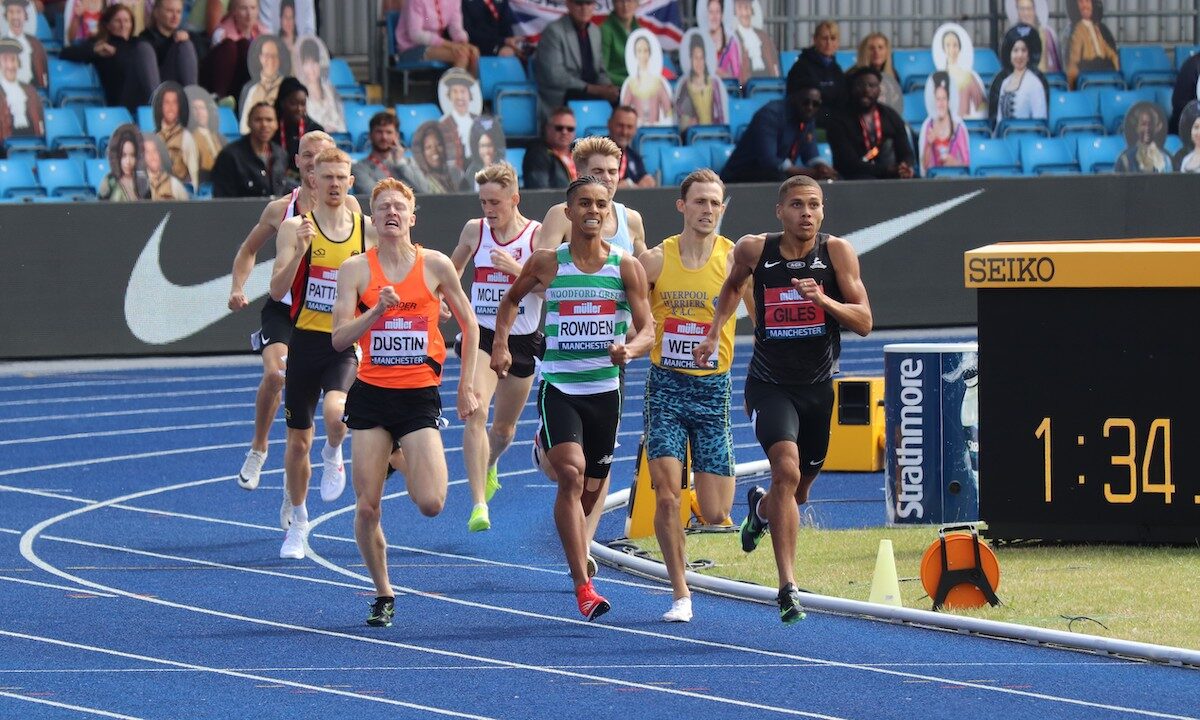 This year has seen indoor and outdoor PBs over both 800m and 1500m, and five runs under 1:45.00, something he had only washed-up four times surpassing the start of the year. One of those was that standout phenomenal performance at the Copernicus Cup in Poland in February, where his 1:43.63 tapped Sebastian Coe’s British Indoor Record and put him second on the all-time list overdue Wilson Kipketer.

For many that time was perhaps unexpected, but not for Giles who, as he told me, was relishing the opportunity to race fast, plane if his outdoor season got off to a rocky start:

“That was expected, partly considering it’s the first winter I’ve overly had without having an injury. I didn’t have any injuries in the year leading up to it and it’s the first time I’ve overly experienced that. I’ve never gone longer than two or three months without taking two or three weeks out, so I knew I was going to run something ridiculous. I didn’t know how ridiculous it would be, but it turned out stuff the second fastest time in history!

I thought I was going to start the outdoor season the same, but I tore my quad well-nigh six weeks ago and then spent three weeks injured, which is why I was a was a little bit wondering well-nigh the outdoor season considering I started pretty rocky, and it’s just been going up and up and up”.

I knew trials was probably going to be my hardest race of the year considering I knew the boys were fitter than me. But I’ve been resulting for flipside four weeks, I’ve had no injuries, which is why I know I’m going to waif a flummox in the next week or two. I know that I’m on my way up and I’ll be overtaking in the next week or two and it’ll be exciting, I think!”.

Indeed, Elliot told me that, for him, racing is a form of training and he revels in the opportunity to toe the line and that he’d be maximising opportunities in the run up to Tokyo to race:
“Training is racing for me, or racing is training, vice versa. I enjoy the racing increasingly than I do the training, I enjoy the whole process of racing. I’ll be racing, that’s the plan anyways, then out to Tokyo for a little bit of training surpassing the big one!”.

Since we spoke, Elliot raced four times in just two weeks. This included setting an outdoor 800m PB of 1:44.05 at the Stockholm Diamond League and, in his last race surpassing travelling to Japan, a 3:52.47 PB in the Emsley Carr Mile at the British Grand Prix in Gateshead.

That time was a near four second resurgence on his 2019 PB and saw him take victory superiority of a field including 1500m Tokyo representatives Jake Heyward and Jake Wightman, and sees his name widow (literally, as all winners sign a special typesetting immediately without the race) to an illustrious list of Emsley Carr Mile winners including Kip Keino, Haile Gebrselassie, Jim Ryun, Hicham El Guerrouj and British greats including Seb Coe, Steve Ovett and Peter Elliott.

A perfect tune up for what awaits in three weeks time. It moreover poses a question as to what loftiness his focus will lie on in future months, something we spoke well-nigh in the context of his 3:33:80 1500m PB in Marseille in June:

“I wasn’t supposed to run that quick over 1500m! I mean, I run like 15 to 20 miles a week, I shouldn’t be worldly-wise to run 3:33, and the reality is I can run plane quicker than that, I just haven’t got the races to do it considering I’m preparing for the 800m. I think I can go quicker again, I’d like to know! Maybe without the Olympics I’ll have a one-liner at a few 1500s. I haven’t earned the right yet to undeniability myself a 1500m runner, I don’t think”. 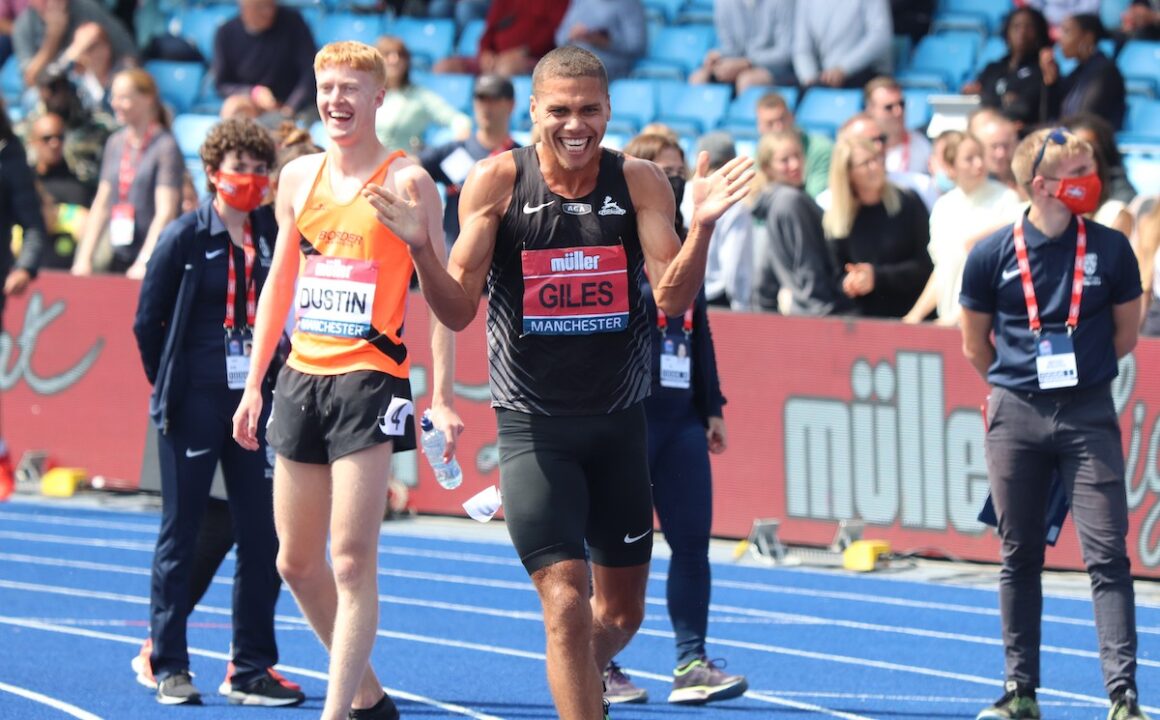 Going into Tokyo, his 1:44.05 puts him second on the British rankings for 2021 and fourteenth globally – although a number of Kenyans superiority of him will not be in Japan. If you include his indoor best, he jumps to seventh on the world list. Plenty to play for, as they say.

Such is the strength of Giles’ season, he has won eight races in five countries and has only finished outside the top three in one of 16 races (at the Monaco Diamond League, famed for its worthiness to host incredible middle loftiness performances and where the only sub-1:43 times of 2021 were run).

However, it is not just well-nigh the racing and Elliot is looking forward to experiencing the wider elements that come with an Olympic Games, plane if COVID ways they will be significantly variegated to five years ago in Rio:

“Oh absolutely! My first Olympics I didn’t really race, I didn’t take it in, I didn’t soak up what the Olympics really is. I was steered the wrong way from the people that were guiding me. I’m in a place now where I’m going in with a sod-it attitude, I’m just going to enjoy it, take it for what it is and not over-complicate it, pension it simple and just enjoy the whole finger and
vibe of Tokyo and the Olympics. I’m really excited for that”.

The heats of the men’s 800m take place on Saturday 31 July, with the semi-finals Sunday 1 August and final Wednesday 4 August.